Chromakeying (BCN, 2014) takes inspiration from the visual tricks of early cinema, and site-specific art tradition to transform the experience of place, and open up new forms of spatiality. Produced within Dispositifs-post: Artistic practices and citizen action networks in postcrisis contexts by Idensitat and Recreant Cruïlles, it developed as a collective action where neighbors and passersby carrying green fabric temporarily vanished the walls and simultaneously revealed the enclosed empty space of a lot whose public developments had been postponed within the context of financial crisis.

DISPOSITIFS POST EXPANDED SEMINAR is an Idensitat project, in association with the Fundació Antoni Tàpies

Below: silkscreen for the exibition Cohabitar-Entre, 2015, at Fabra i Coats, BCN. 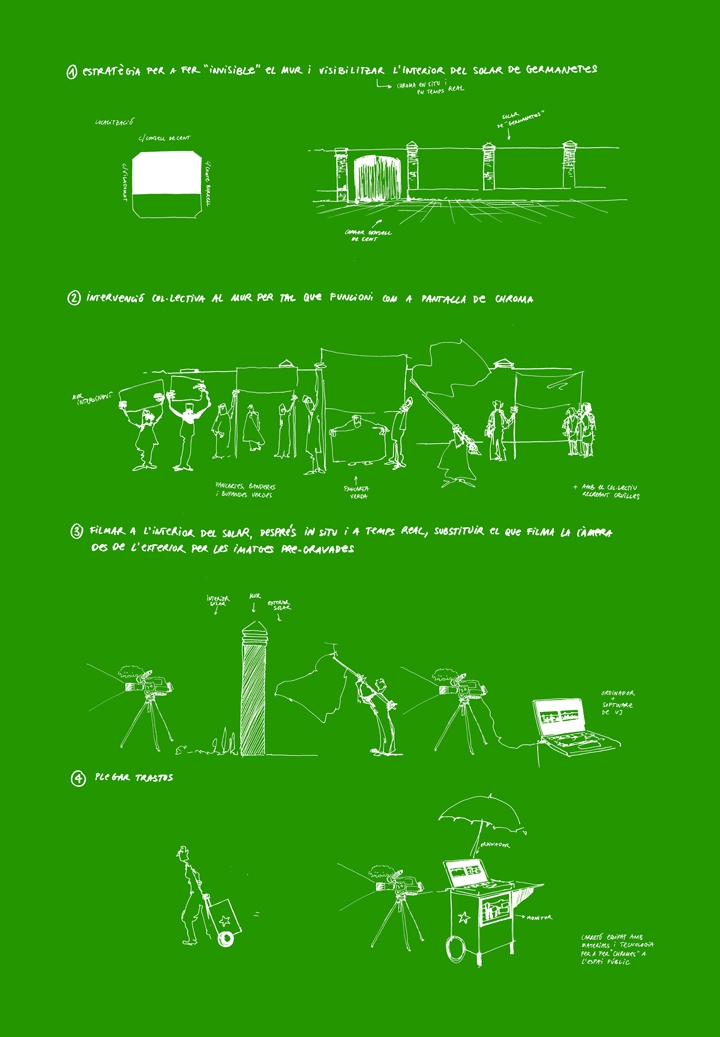